Are you participating in your life or are you merely spectating?

When I was at my biggest I felt more like a spectator in my own life than a participant.

I would take my children to the park, to birthday parties, to theme parks and to all manner of events and I would watch them play. I felt like I lived my life on the sidelines because I didn’t get involved with what they were doing. This was very hard for me, and even reflecting on it now is hard. 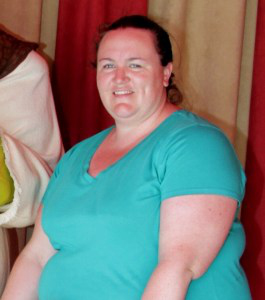 It was more than just my children though.

I would avoid nights out with friends because I had nothing to wear, I nearly skipped my own surprise 30th birthday party because I couldn’t find a dress that fit! I can look back on it now and laugh (well almost) because at the time it was so funny to find my Mum and all my friends insistent that I go out for my birthday when I felt so fat and horrible and really just wanted to stay home. I didn’t even question why they were all so insistent! When I got to the event it all made sense. But there were so many other events I successfully dodged because I just felt too frumpy to go.

I didn’t participate in many things because I simply couldn’t.

I exceeded the weight limit for the trampoline, or I was too large to fit down the slide, and I was forever worried if the item would hold my weight, and so even when I did choose to try to participate it was never enjoyable because my anxiety was through the roof and I was freaked out about whether I would hurt or humiliate myself. I would go to the theme parks and be the ‘bag lady’ who held everyone else’s stuff because I couldn’t fit on the rides. I would joke about it, and we would all laugh about how I was saving everyone money not needing a locker, but deep down inside I was cringing as I really wanted to join in the fun.

Then there were the times where I could have participated but I didn’t because I was simply too embarrassed. I didn’t want to get in the pool because of how I looked in bathers, or I didn’t want to hear the people whispering and see them pointing. I let what other people thoughts stop me from living my life and that is something that I have shifted significantly as I have released the weight, but it hasn’t come easily. I still second guess whether I should post a lot of the things that I do, I question whether a vulnerable share will result in trolling or laughing. But I feel these fears, and I do it anyway because I hold the hope that my honesty will help others step out of their own fears.

These days it’s different; I can participate. 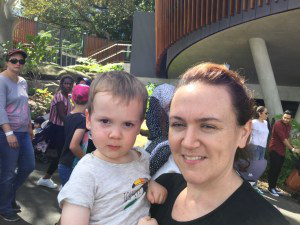 My weight doesn’t restrict me anymore, at least not physically. But mentally I still have a lot of stuff to clear. I still second guess whether a chair will hold me (even though I fit with room to spare) or whether I will get stuck in something.

But more than that I now have to face choices which I didn’t have before. Instead of it being a matter of ‘can I?’, it’s ‘do I want to?’ and yes there is freedom in that, but it’s also confronting. Now if I say ‘No’ to something I have to own it, and that is something that doesn’t come easily to me.

But where the real freedom comes in is the ability to truly participate and play with my children. To chase them, to go on the swings, the slides and the trampoline! To crawl around the floor as we build forts and tunnels in our house on rainy days.

There is also true freedom in going shopping and buying clothes because I like how they look! (and not because they were the only things that fit) and to buy things from any store! There is such freedom in that.

So if you’re struggling (and to be honest I have been struggling a bit this last week myself), I encourage you to take your focus off the scale or the measuring tape or whatever way you measure yourself, and instead spend some time reflecting on the results you crave. Do you want to participate rather than spectate? How can you start to do that now? What ways can you involve yourself more in your own life? Because this journey is SO much more than kilograms and centimetres released – it’s also about freedom and joy found xx

Is personal training the answer to weight loss?
Tracking weight loss progress without a scale
30 years and 500kg later: Why I gave up on diets