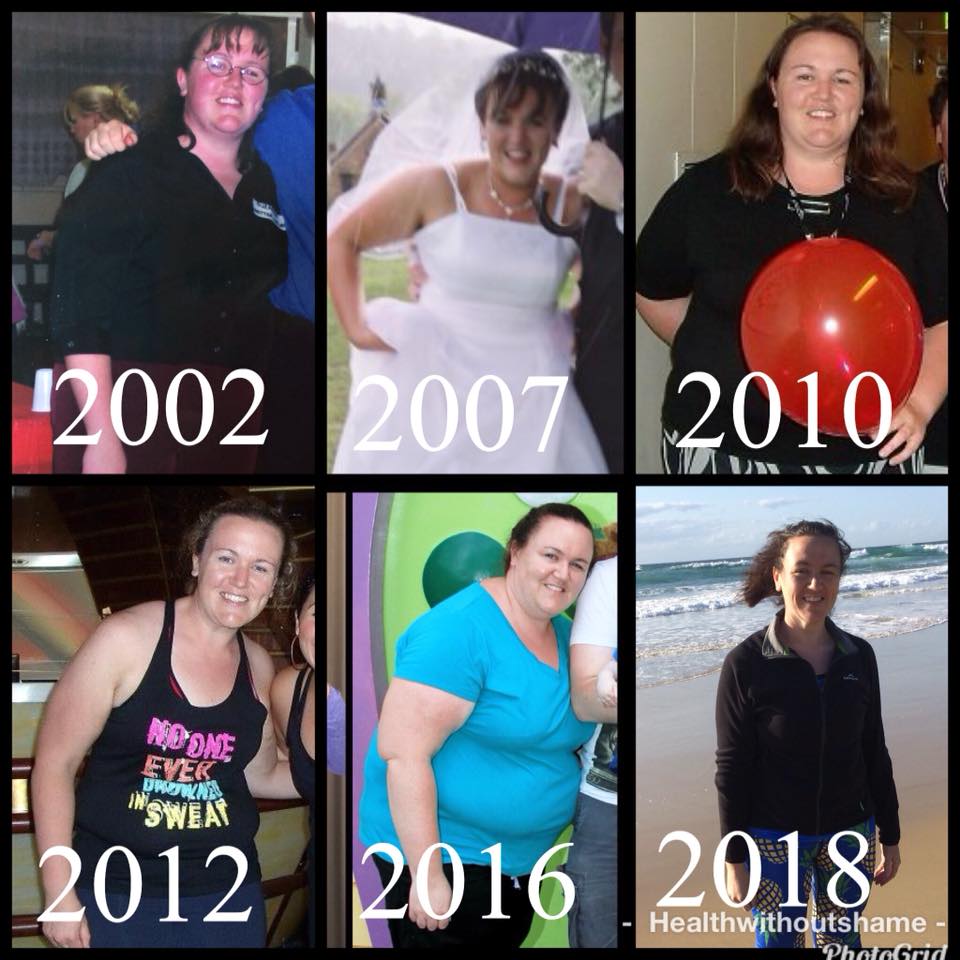 I was overweight for almost 30 years. To condense my long dieting history down into a single post will be a challenge, but I will try my best.

I grew up in a ‘fat family’ of lifelong dieters. When I was 4, I was being fitted with my flower girl dress for my sister’s wedding. At the fitting, I copied my mum and sister. I sucked my tummy in, thinking that’s what you needed to do.

So of course, when my dress arrived a few weeks later, it was MUCH too tight (unless I could hold my breath for the entire ceremony!).
Mum said we’d all lose weight, so every Sunday night we’d ‘empty the house’ eating up all the junk food in a multi-hour ‘last hurrah’ aka bingefest. Then on Monday, we’d start our diet… only to fall off the wagon within a day or two. So the following Sunday, we’d start over with another bingefest.

In my teens I was SO EXCITED because I finally reached the minimum age limit to join a popular weight loss program.

Can you imagine? A kid so desperate to grow up because she wanted to join a weight loss company?

Even with the program, I steadily gained weight, then lost it, then gained it back and more.

I’ve lost in excess of 500 kilograms in my life. There are two noteworthy weight loss attempts.

In 2006, in my fifth year of medical school I shed 43 kilograms. I was so excited and thought I had found ‘THE’ answer. It was fitness. So I left medical school and studied my cert III and IV in fitness and became a personal trainer. I loved being a PT.

In 2007 I got married, moved to Queensland, and in less than one year I gained ALL of my weight back, with interest. I had a lot of reasons (ahem excuses) but the truth was I was the biggest I had ever been. I felt trapped and alone and was hesitant to travel home to visit my friends and family because of my size. I was humiliated to have gained all the weight back.

I tried many more doomed weight loss attempts until in 2011, I once again embarked on a noteworthy attempt.

Once my son was born, I knew I had to do something about my weight, but I couldn’t face another diet! After all, as Albert Einstein once famously said:

‘The definition of insanity is doing the same thing
and expecting a different result’.

Finally I’d had enough. It had taken me nearly 30 years but here I was an adult, with two kids of my own, and I finally realised that the OLD way (binge, diet, force myself to do workouts I hated, waste money on weight loss programs and fad diets but always end up regaining everything I lost) didn’t work.

My breaking point was realising I was too overweight to keep up with my kids.

So I decided to try something else. I worked on my mindset.

And bingo! The weight came off, and stayed off.

Am I afraid of it coming back? No. And not just because I’ve maintained this weight for a more than a year, but because I know I’m not the same person any more.

Now, I’m the person I needed to be. It just took a few mental switches.
If you’re ready to let go of the person you don’t want to be and love the person you are, I’d love to help you.

The Best Diet And Exercise For Weight Loss
Pivotal Moments
Releasing emotional weight is just as challenging as physical weight.
Why is overeating such a hard cycle to break?
What happens after the after?
Identity Shift